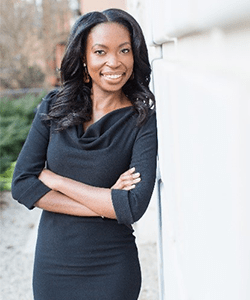 Krishan Trotman is the Vice-President, Publisher of Legacy Lit. She joined Hachette Books in 2016. In 2020 she launched Legacy Lit, an imprint dedicated to books that give voice to issues, authors, and communities that have been marginalized, underserved, and overlooked. This includes BIPOC authors, all women, and any group that they believe deserves a spotlight. The imprint is committed to promoting equality, equity, and inclusion for all people. The books are bold, mission-driven commercial works. Social justice and empowerment are Trotman’s passion. She likes to work with authors who are candid, bold, and, in their own unique way, not afraid to shake things up.
Her authors have included a range of award-winning and New York Times bestsellers, including: congressman John Lewis’ Across That Bridge; journalist Stephanie Land’s Maid; MSNBC political analyst Malcolm Nance’s The Plot to Destroy Democracy; New York Times columnist Lindy West’s The Witches Are Coming and Shit Actually; UFC’s Mixed Martial Artist Paige VanZant’s Rise; Olympic medalist Ibtihaj Muhammad’s Proud; radio and TV host Zerlina Maxwell’s The End of White Politics; TV personality Ed Gordon’s Conversations in Black; journalist Talia Lavin’s Culture Warlords; Vanity Fair writer Nancy Jo Sales’ forthcoming memoir Nothing Personal; BRAVO’s Million Dollar Listing star Ryan Serhant’s Sell It Like Serhant and Big Money Energy; Morning Joe’s cohost Mika Brzezinski’s Earn It! and Comeback Careers; The Today Show’s cohost Al Roker’s You Look So Much Better in Person; and empowerment coach Gina DeVee’s The Audacity to Be Queen, to name a few.
Krishan has been featured in the New York Times, Essence Magazine, New York Magazine, Publisher’s Weekly, Salon, Shondaland, Cheddar TV, MSN, CSPAN, and more. She is the self-described Beyoncé of Books, and mom to her son Bleu. 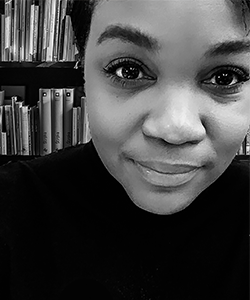 Kathryn (Kathy) Gordon is the Publicity Director for Legacy Lit. Deeply passionate about promoting voices that educate people in ethics, decency and humanity, she partners with publisher, Krishan Trotman, on all aspects of the Legacy Lit list, to build an exciting and trusted brand dedicated to social change and to promote the Legacy Lit authors and books in celebration of their diverse communities.
The Founder of The Book Hook, a book marketing, graphic design and promotion company operating in traditional, and digital media and formerly the Director of Brand Development for HarperCollins, and having held positions at PRH, S&S, Author House and Berlitz, she has worked with New York Times bestselling and award-winning authors and brands. She has a highly successful track record in brand development, publicity, consumer promotion, strategic planning and integrated marketing programs for multiple divisions of large entertainment-based companies and has developed campaigns for bestselling authors from Stephen King to Hillary Clinton, and the Agatha Christie estate, as well as brand alliances for numerous TV series and feature films.
Kathy brings the highest level of commitment to every author, book and project in her charge. She’s always curious and grateful to be in a career where she’s always learning. A healthy home chef, SoulCycle rider, and devoted dancer, she also has a great passion for health, fitness and wellness. She believes whole-heartedly that a clean body and a curious mind can be the blank canvas for which anything is possible.